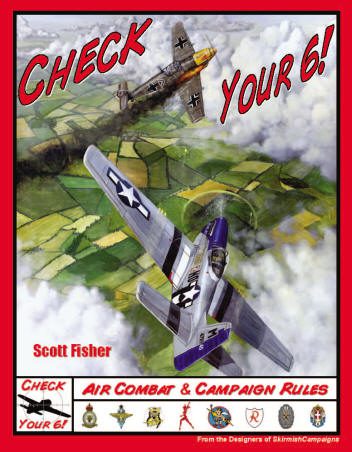 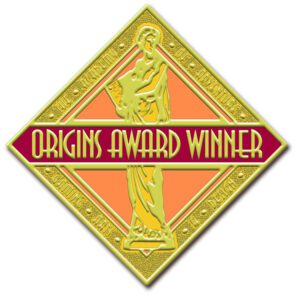 “It is the man, not the machine.” -Chuck Yeager

SIMPLICITY: The key design goal for CY6! was to maximize pilot influence and historical accuracy while keeping the game relatively easy to play. Since players plot moves simultaneously, the game can easily accommodate large numbers of aircraft by increasing the number of players. All of the key game charts are on two sides of one 8x11" chart.

TURNS: Turns are plotted in advance (similar to the old Blue Max system), so large games are possible; at Cold Wars 2006, one game with 12 players and completed it in less than 2 hours.

PILOT SKILL: CY6! has four pilot skills, +0 (Green), +1 (Skilled), +2 (Veteran) and +3 (Ace). Pilot skill is critical to success. In CY6! players will quickly find out that if one is inexperienced one should avoid enemy aces at all costs! Pilot skill is the most important aspect in the game (a factor lacking in a surprising number of air games). CY6! truly reflects the words of Chuck Yeager, "It is the man, not the machine."

AIRCRAFT: Aircraft have two sets of attributes, one for low-med altitude and one for high (20,000ft +) altitude. Attributes are: Maneuver, Max Speed, Agility, Climb/Dive, Acceleration and Robustness.

MOVEMENT: Movement is handled via hexes and maneuver charts illustrating possible maneuvers for each speed level. The game features 3D maneuvers and has several Operational Altitude Bands (CABs); within each is six Tactical Altitude Levels (TAL).

COVERAGE: Basic rules will cover aircraft combat from 1925-1947 and will include rules for early jet aircraft (Korean War supplement will be released at a later date). All statistics for key aircraft of the Axis and Allied powers will be included with the CY6! rule book.

Copyrighted photograph by R.T. Smith used by permission of Brad Smith.
More information about this excellent photo is available at:
www.warbirdforum.com/rttommis.htm

Check Your 6! was designed to reflect the realities of air combat with the simplest wargame mechanics possible. Instead of endless die modifiers, CY6! Utilizes multiple die types and innovative mechanics to enable players to think about the air fight instead of what chart to look at.

The Check Your 6! rulebook has over 20 scenarios but has been followed by more than 10 Campaign Books in a SkirmishCampaigns-like format, with more being written. See this webpage for more details and see the Example Scenarios in Downloads.

Both Check Your 6! games were designed to closely reflect the realities of WWII and Modern air combat while allowing for a playable game. Combat is reflected in 3D, and the game is the result of two years of research into Air-to-Air, Air-to-Ground, and Ground-to-air weapons, combat maneuvers, aircraft statistics, and the influence of pilot skill on combat. Statistical analysis was extensively used to find the most efficient game systems. In addition, former US Air Force and US Marine Corps pilots were a part of the design team from the start, greatly influencing the design and playtesting.

Noble Knight Miniatures and I-94 Enterprises have
Check Your 6! Flight Stands and campaign packs with aircraft.

CY6! is available from these and other leading vendors: