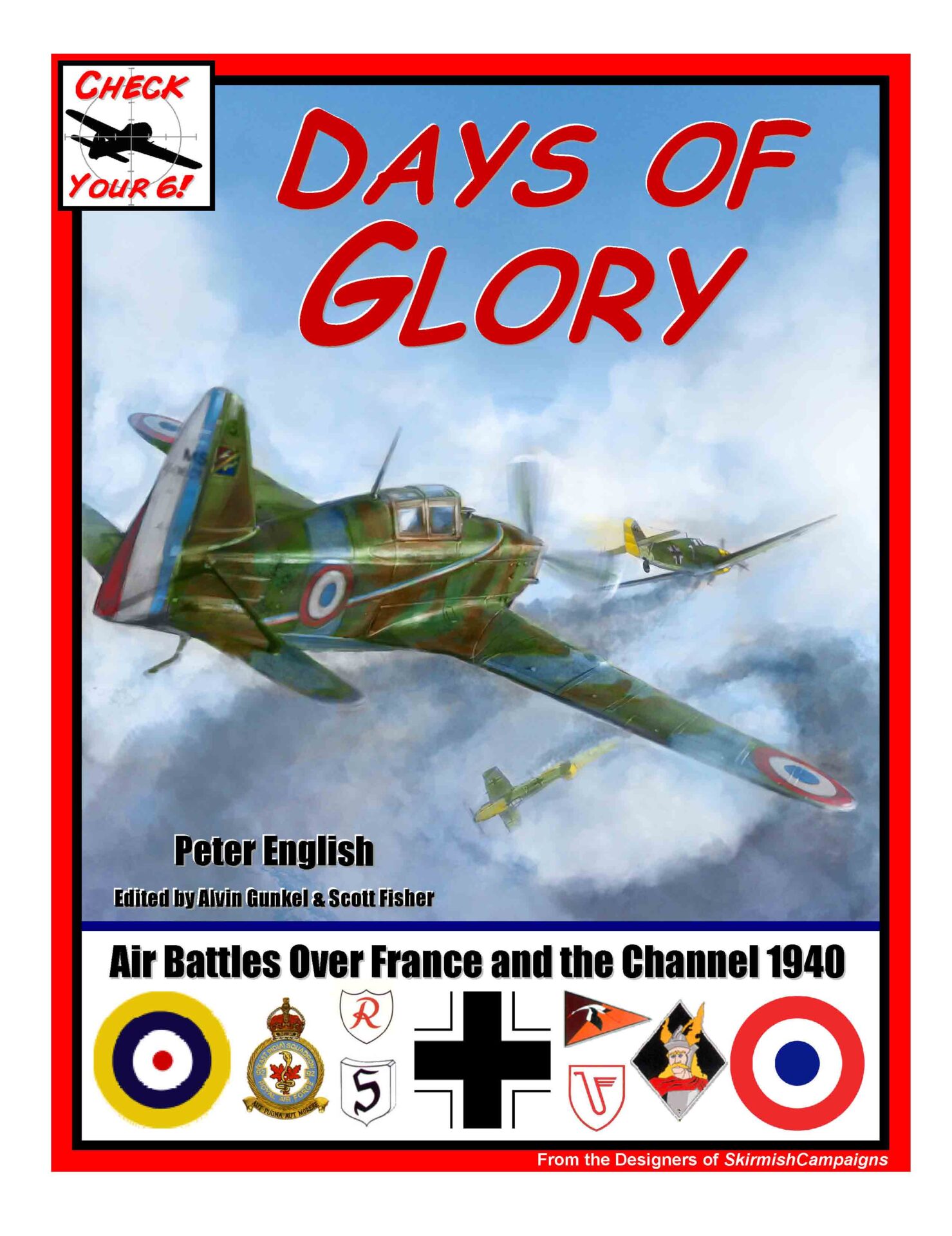 DAYS OF GLORY is a scenario and campaign book for the popular CHECK YOUR 6! Air Combat and Campaign Rules. The book provides three campaigns and 25 scenarios under one cover. The first campaign of 9 scenarios follows the beginning of the German air campaign over Belgium and France from 10-23 May 1940. The second campaign, recreates the intense combat above Dunkirk from 27 May to 1 June 1940 with 9 scenarios. The final 7 scenarios focus on the German drive to Paris from 3 June during “Operation Paula”, the attack on French airfields defending the City of Light, and the last forlorn attacks by French squadrons up to 25 June 1940. The book also features some of WWII’s legendary aces including Helmut Wick, A.G. “Sailor” Malan, Robert Williame, Werner Mölders, Ian “Hack” Russell and Rene Pornier-Layrargues.

This book contains aircraft statistics for 15 French, British and German aircraft in CHECK YOUR 6! format for use in the scenarios. The book also contains detailed notes and rare pictures of the various aircraft featured in the campaign.

This book includes a CHECK YOUR 6! campaign that allows the scenarios to be played individually, linked to form three mini-campaigns, or combined as one grand campaign.